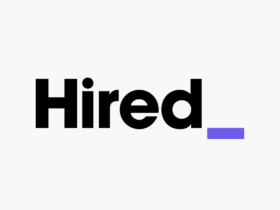 Job Searching? Online Networking Strategies to get you Started

AeroVironment is a global leader in intelligent, multi-domain robotic systems that hires talented engineers to create innovative solutions. While its talented technology speaks for itself, AeroVironment also prides itself on being an inclusive workplace where women can thrive in this male-dominated field.

To learn what it’s like to work for this global robotics company, we spoke to three female engineers about their experience at AeroVironment.

In the nine months Taylor Ward has been with AeroVironment she’s had the opportunity to work on several projects.

After graduating from Dartmouth College in 2019 with a B.S. in Engineering Taylor started working at AeroVironment as a Mechanical Engineer. On day one Taylor was assigned a mentor who was there to help guide her through training and provide her with any resources she needed along the way.

In addition to the support she’s received from her mentor, Taylor shared that her team has been helping her get up to speed so she can be an active participant. “It’s been nice to have people to rely on, and also to have the freedom to learn, and make mistakes,” said Taylor.

Since Taylor was hired during the pandemic she’s had to face unique challenges in her first year at AeroVironment. The first few months of onboarding, she was remote, which means she had to get to know her coworkers virtually. Fortunately, Taylor says that AeroVironment has great collaboration systems that allow her team to efficiently work remotely and in recent months she’s been able to meet some of her co-workers in the lab.

Despite being new to the team, Taylor feels that her opinions and ideas are valued. Taylor shared that, “AeroVironment is a place where across the board collaboration is encouraged and all people within the ranks of the company are invited.”

Her advice to female engineering students is not to fear failure, because failure is inevitable and to be open to constructive criticism. “Come in with confidence and know that you shouldn’t back down.”

Gurleen Sidhu thinks that AeroVironment is a great place to begin and grow your career.

Gurleen’s M.S. in Computer Engineering from Purdue University provided her with a solid foundation to build on in her role. In her 1.5 years working at AeroVironment, she’s had a lot of support from her mentor and managers.

“I feel that AeroVironment is a great place to begin and grow your career. They nurture talent and help you master different technical skills,” said Gurleen.

When asked what her favorite moment has been at the company, Gurleen couldn’t just pick one. She shared that any project where she’s had the opportunity to be a part of from planning stages   to flight testing and design review has been rewarding.

Gurleen explained that at AeroVironment you have the opportunity to be a part of several different projects and in turn hone in a variety of skills. At AeroVironment, “You don’t have to be an expert to try a new project. All you need is to have the drive and want to grow.”

While working at AeroVironment, Gurleen has had the chance to work with several talented female engineers. She mentioned that her functional manager, who is also a female engineer, is an amazing technical expert, which she finds both inspiring and motivating.

Kristina Zunino described AeroVironment’s New England office as a start-up feel, and she has had plenty of opportunities to test her designs in the lab.

Since she started at AeroVironment in May 2020, Kristina has been mentored by a senior engineer. She says he’s been there to help her whenever she has questions and has even collaborated with her on a long-term night vision camera project.

When asked to describe the company culture, Kristina explained that the New England office has a start-up feel. She said, “We’re about 45-50 people in Wilmington, and in our office, we operate like a small start-up, with the resources of the parent company.” Kristina explained this dichotomy allows employees to experiment in a comfortable environment with ample resources to find the best solutions.

One of Kristina’s most memorable experiences was when the whole company watched the Mars rover landing on a video conference, because some of their team members had worked on the Mars helicopter that was being transported by the rover. It was a moment that demonstrated the supportive culture at AeroVironment.

Kristina’s advice to students and recent grads is to, “Get out there and try as many things as you can.” She also encourages students to reach out to engineers in different fields and ask them what type of work they’re doing to see if it might be a good fit for them.

If you’re interested in learning more about the early-career opportunities at AeroVironment, I encourage you to click here. 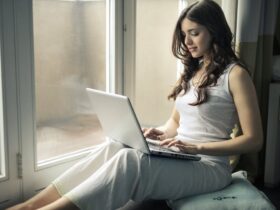 7 Digital Tips For Young Entrepreneurs To Expand Their Brand

Jobs You Can Do From Home 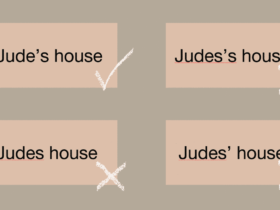 How To Use Apostrophes 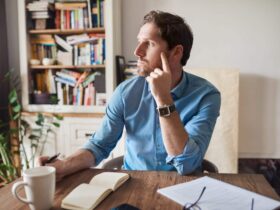