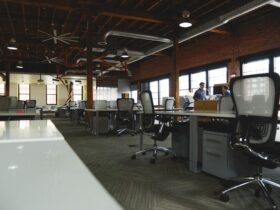 Tips for Traveling While Working Remotely

You probably have an image of a butler as a graying, stately man, dressed in a tuxedo and looking very formal.  But that stereotype is far from accurate.  For those up to the task, becoming a butler is a viable career option for women as well as men.  And it’s fine if you’re still lacking any gray in your manes.

Of course, you won’t necessarily be working in a castle.  And you won’t be charged with just answering the door and looking regal.  The job can be as rewarding and challenging as you can imagine, and the tasks required for a specific position vary greatly.  And, it typically pays quite well!  So what’s the life of a butler look like?  If you’re interested in becoming a butler, what’s required?  Here’s the basics on a career you may never have considered!

The Life of a Butler

We’ve all seen the portrayals of a butler in countless movies and television programs.  Usually, they’re serving tea or other drinks, serving food, or answering the door.  But as is the case in so much of our Hollywood-based notions of the real world, that’s far from reality.  Much of what the “typical” butler does on an “average” day goes on behind the scenes.  And there is no typical or average!  Here’s what the life of a butler might include on any given day:

Remember, as a butler you’re working for someone who has the wherewithal to have their every need, want, and whim delivered to them.  And you’re charged with delivering it!  It’s demanding, rewarding, exciting, and sometimes quite exotic!

While the requirements for any particular position will vary greatly, there’s generally no formal education requirement.  But as with any other profession, relevant education will show as a plus on your resume.  Given that you’re new to the butlering profession, how do you get your foot in the door, literally?

Clearly, becoming a butler requires intimate knowledge of the lifestyles of the wealthy.  So you’ll need to be familiar with etiquette, proper social presentation, formal communication, domestic arts, and general home economics.  And of course, be familiar with what the day to day life of the rich and famous looks like.

Circling back to education, it’s obvious then that a degree in hospitality or something closely related would be beneficial.  And a diploma from a recognized formal butler training academy such as will not only provide valuable education, you’ll also rub shoulders with some of the best butlers out there.   .

Is There a Career Path For a Butler?

As with any career, you won’t be starting at the top.  Prior to becoming a butler, valuable experience might be obtained in such fields as:

Even prior to that, one might consider a concierge position at a hotel, or even professional housekeeping.  And utilizing the resources of a professional placement agency such as www.householdstaff.agency is always a good idea. Remember, if you’re entry level, that’s where you’ll likely have to get your start. When you’re ready to pursue a formal butler position, it would be advisable to join a professional guild or organization for butlers.

Once you have some basic relevant experience, your first position as a butler might be as a footman.  That’s an understudy or assistant to a more senior butler.  In this position, you’re poised to advance through the ranks to the ultimate goal of head butler.

The Life of a Butler:  Challenging and Rewarding

As a butler, you’ll be challenged on a regular basis to provide world-class service.  You’ll experience things that most people only dream of.  And, with your loyalty, you’ll develop professional relationships with your employer that are highly valued, and highly rewarding!

Tips for Traveling While Working Remotely

How to Leverage Talent in the YOLO Economy 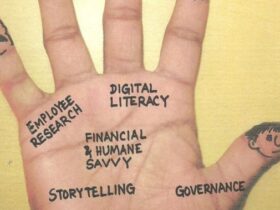