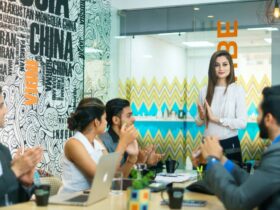 It’s not easy to make a living out of being an author, so anyone who manages to achieve it is someone whose career advice you should take seriously. Whatever your goal, even if it’s not to be the next Stephen King or J.K. Rowling, there are lessons you can learn from the wise words of famous writers.

Even when they were offering advice about writing itself, you can learn a lot about how to craft a CV or job application, which can be amongst the most important pieces of writing you’ll ever do. So here are the top careers lessons from famous authors:

Morrison’s advice here may have been aimed at writers learning how to hone their craft, but it applies to so many parts of life. If you’re ‘fretting it’ over a big decision or a project that you’re working on, it’s important to recognise that as more than just mild indecision. If something isn’t working no matter how hard you try, perhaps you need a new approach or even a new goal, and this can also apply to careers. Getting the career of your dreams is rarely easy but being realistic is also important if you don’t want to spend too much time on unachievable goals.

“Don’t use words too big for the subject. Don’t say ‘infinitely’ when you mean ‘very’; otherwise you’ll have no word left when you want to talk about something really infinite” – C.S. Lewis

Lewis warned against using hyperbolic language and this is an important tip for any kind of writing, not just authors. When it comes to your CV, the words you use are crucial and if you’re trying to oversell yourself by describing every achievement as something incredible, you’re making it harder to emphasise genuinely incredible achievements. This diminishes their impact and the impact of your resume as a whole.

“First forget inspiration. Habit is much more dependable. Habit will sustain you whether you’re inspired or not.. Inspiration won’t. Habit is persistence in practice.” – Octavia E. Butler

Butler knew that writers can’t just write when they are feeling inspired, otherwise they’ll never actually get anything done. And it’s not just writers that this applies to. Any kind of work that needs to be done relies on persistence as much as inspiration and so does working towards a career goal. Even applying for jobs can work better if you get into a habit instead of looking when you’re feeling motivated and inspired.

“You should be very kind when you explain something. If you think ‘it’s ok, I know that’, it’s a very arrogant thing. So.. I explain very carefully and clearly.” – Haruki Murakami

Murakami was advocating being kind to writers instead of expecting them to do all the hard work because you haven’t explained what you mean. That’s clearly important in books, especially those as complicated as Murakami’s can be, but it’s a crucial lesson for life and careers. Just because you understand what you’re trying to say in a CV or job application form, that doesn’t mean the person reading it will understand it, and a hiring manager doesn’t have the time to try and work it out – they’ll just bin your application.

“[Thesauruses] are also dangerous. They can lead you to choose a polysyllabic and fuzzy word when a simple and clear one is better.” – John McPhee

In other words: ‘keep it simple, stupid.’ When applying for jobs you want to make a good impression, so the temptation can be there to try and blow them away with fancy words and phrases to show off how clever you are. But they can be a distraction at best and make your application hard to understand at worst, so just write using simple and clear language to get your message across without any confusion. Otherwise, nobody will end up reading what you’ve written anyway.

You have to be brave to read a Stephen King novel but it doesn’t take much courage to use the active voice rather than the passive one. Writing in the passive voice can be confusing and boring to read, whereas the active one makes your writing clear and direct and engaging. How you write an application is key to grabbing – and keeping – the attention of a hiring manager, so bear King’s advice in mind.
Now that you’ve read these tips, why not see how you can apply them to your next application as you take your next big career steps?

Guest blogger Paul Allen works for NeoMam Studios, creating content for IvoryResearch.com, to help anyone who wishes to develop their writing skills 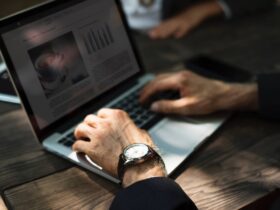 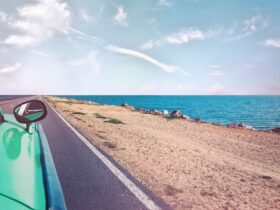 5 Questions to Ask Yourself Before Moving for a Job 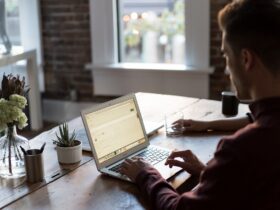 4 Tips to Enhance Your Career in Media