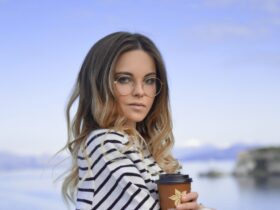 From Barefoot to Stilettos: FINDING MY YES

A white man’s world – when taking a look back at the photographs taken of the 1960s Apollo 11 space program you can’t help but notice women are rarely depicted amongst the various images. NASA’s statistics only cement this view with reports showing only 3-5% of the workforce contributing to the launch were female, and between 1.5% and 3% were African American.

However, over the past decade, we have seen huge amounts of recognition for the women who had an instrumental part to play in planting Neil Armstrong’s boots on the moon. Below we have listed 5 of the women who made “mankind” landing on the moon possible. We have also noted some of the key influential women paving the way in science and engineering today.

Just a few miles away from Space Coast, in the spring of 1958, Morgan graduated from high school. Morgan had reached an impasse and knew she wanted to progress into the astronautical industry. After seeing an advertisement for students to take part in work-study at the Army Ballistic Missile Agency, in the missile firing lab, Morgan decided to apply for the job and had a successful application.

Morgan worked on her first launch a week after graduating. She famously describes this experience saying, “It was awesome, I just got rocket fuel in my blood right then and there”. Fast forward a few years and Morgan graduates from the University of Florida with a bachelors degree majoring in mathematics.

“There are no women in engineering school”- This is what morgan was told by her university career counsellor. This was the same woman who became one of NASA’s first women employees and was the only woman to be assigned to a console in the launch control room at the Kennedy Space Center overlooking the Apollo 11 launch. JoAnn then went on to work over 4 decades at Nasa overseeing multiple projects from future moon landings to Mars missions.  JoAnn also won two Outstanding Leadership Medals and four Exceptional Service medals with the Agency as the first woman to work as a senior executive.

Credited with creating the term, “Software Engineering”,  Margret Hamilton, now 85, was critical to the success of the Apollo 11 landing.

Hamilton got married in 1958 just after graduating in math with a minor. Her husband decided he wanted to study law at Harvard and so Margret decided to take a job at M.I.T (Massachusetts Institute of Technology) to support her family. This is where Hamilton found her love for software engineering and computer science. She described the love for software experimentation as ‘contagious’.

As a director at the M.I.T Instrumentation Laboratory, Hamilton was assigned to lead NASA’s software engineering team in building the onboard flight software. This was after her husband saw an advert in the newspaper where MIT was looking for individuals to ‘send man to the moon.’ This system was considered to be the most sophisticated system at the time.

However, Margret’s plan of action tackled the process so perfectly that it’s stated to this day that there were no bugs found in any of the Apollo missions.

Mary Jackson, born in 1921, was the first African American Engineer to work for NASA (in fact, NASA suggest the possibility that she was the only black female aeronautical engineer in the world at the time!)

As well as tearing down that barrier, Jackson also strived to encourage other individuals to take inspiration from her story to build their own. In the 1970s Mary helped students, most of whom were black, to build their own wind tunnel to conduct experiments, in the Virginia Community centre.

For 20 years, Mary Jackson worked as an aerospace engineer supporting many missions including the landing of Apollo 11 but, after many unsuccessful attempts to receive promotions into management level positions, she decided to leave the position as an engineer. In fact, Jackson decided to take a demotion to become manager of the women’s program where she sought to improve women’s opportunities at the organisation.

“I counted everything: the steps, the dishes, the stars in the sky.”

After skipping several grades, Katherine was an incredibly gifted student who attended a high school on the campus of a historically black college at the age of 13.

As an adult, Katherine worked for the National Advisory Committee for Aeronautics, which is now known as NASA. She gained the reputation as a ‘human computer’ during her time calculating the trajectories, launch windows and emergency backup return paths for many different launches, including Apollo 11.

Johnson who sadly passed away in 2020, retired in 1986 after 33 years with NASA. In 2015, Obama awarded her the Presidential Medal of Freedom.

Judy Sullivan began her incredible career as a maths and English teacher before joining NASA in 1966. Sullivan was the first woman engineer in Spacecraft Operations, where the main role was to work closely with the astronauts. As NASA drew closer to the planning of the Apollo 11 launch, Judy was the first woman engineer to support spacecraft testing and was hired as the lead engineer for the biomedical system.

On the day of launch, Sullivan was in the suit lab where Neil Armstrong suited up. Once on the spacecraft, Sullivan would monitor the data returned by the astronauts’ biomedical sensors and would report directly to the mission control room.

Shortly after Apollo 11’s successful launch, Sullivan was asked to represent NASA on a game show, “To tell the truth”. The aim of the game was to have a panel of celebrities try and guess who the ‘real’ biomedical engineer was from a group of women, all claiming they had a part to play in the launch. “They were totally fooled,” Sullivan recollected. “I won $500 and had a great time seeing New York City.”

With women in engineering day just around the corner (June 23rd) it’s important to also acknowledge women who are paving the way in gender diversity within the aeronautical industry. We’ve come a long way since we stepped foot on the moon with other aerospace enterprises emerging such as SpaceX (Elon Musk) and Blue Origin (Jeff Bezos). We’ve also seen gender equality improve over the past 5 decades.

After graduating from the University of North Carolina with a masters and bachelors degree in electrical engineering and physics, Koch began her career as an electrical engineer at NASA Goddard Space Flight Center’s Laboratory for High Energy Astrophysics.  After a few years of excelling in her profession, Koch was selected as an astronaut by the agency in 2013. By July 2015 Koch had completed her astronaut training.

Christina Koch recently broke the record for the longest single spaceflight by a woman in December 2018. This took place when working on the International Space Station as part of Expedition 59, 60 and 61. This record was previously set by the former station commander Peggy Whitson. Another historic milestone in October 2019, was Koch taking part in the first all-female spacewalk with her friend and colleague Jessica Meir.

As an innovator in aerospace and her contributions to the design of reusable rockets at the world-famous company Space-X, Gwynne Shotwell is propelling the company to new heights in space commercialization. Shotwell studied at Northwestern University in 1986 and 1988 and earned herself a bachelors degree in mechanical engineering but also earned a masters in applied mathematics with honours.

Shotwell was hired as the 7th official employee and was given the role as vice president of business development and had a huge hand in building the Falcon Vehicle Family manifest that brought $10 billion worth of business. Her first major success was supporting Space-X in building a successful contract with their first major customer, NASA –  the Commercial Orbital Transportation Services contract. This contract meant Space-X were in charge of delivering cargo to the international space station.

Gwynne Shotwell is still thriving in the organisation since 2008 and is in charge of day to day operation and strategising customer management. Space-X has had numerous successful missions under her technical guidance and plans to have astronauts sent to the ISS (international space station) and then to Mars in the next decade.

This guest post was authored by Alfonso Martins-Pereira of EnclosurePro. 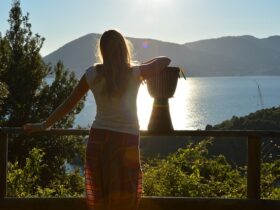 Training Your Mind to be Thoughtfully Fit: The Power of Pause. Think. Act. 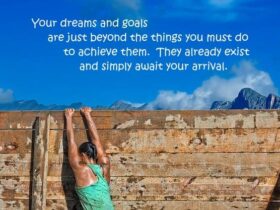 How to Co-Create the Career of Your Dreams

From Barefoot to Stilettos: FINDING MY YES 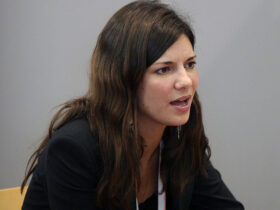 How to Leverage Talent in the YOLO Economy