The Universe has a plan for you!

“Advertising has us chasing cars and clothes, working jobs we hate so we can buy shit we don’t need.” Tyler Durden explains in the Fight Club. I bet there have been times when you have felt a similar sentiment.

Our culture teaches us to follow a “no pain, no gain” approach to our careers. We put in the time, make some money, and maybe, just maybe, someday we’ll get to enjoy the fruits of our labor. It’s a very linear process and entirely transactional. You give hours of labor in exchange for an amount of money set by market demand.

Though you might have a suspicion that trading your time for cash might not be the best deal. Because, really, you don’t know how much time you have, so it’s difficult to put a value on it. Or perhaps you have a feeling that you were meant for something more? You can’t help but believe that your skills and passions could be put to better use.

Luckily, there is a better way to approach your career. Rather than work in an uninspiring job, you can align your interests and skills to co-create with the Universe. You’ll still receive money for your output, but instead of it being based on the hours you give, it will be based on the value. You’ll no longer think of it as work but as your divine responsibility to bring forth your talents that benefit both you as the producer and those who consume your creations.

When you start to have a hunch that your time and energy could be better spent elsewhere, please don’t push these thoughts aside. They’re a nudge from the Universe, asking you to step forth. If that sounds a little “woo woo” to you, don’t worry – it’s not. This creative energy, or as some call it “divine life force,” is the same energy that inspires authors to write, entrepreneurs to create, and scientists to discover. Believe it or not, these folks don’t have anything that you don’t have. They followed their hunches and did the work. And those are the first two steps to begin co-creating with the Universe.

Co-creation is different than manifesting. Manifesting is the concept of identifying what you desire, believing and acting as if you already possess it, and attracting it your way. Straight manifesting assumes that you know what is best. Co-creation, however, knows the Universe holds the divine intelligence, and you work together to realize it. Even if you’re an expert in your field, it still makes sound, even strategic sense to team up with the Universe, don’t you think?

Here’s the thing, the Universe has a plan for you. You’re here to fill a particular gap – and only you can do it. That’s your dharma or your life’s purpose. And once you start to pursue your dharma, you begin to notice serendipitous opportunities, and doors begin to open. The Universe wants you to succeed. And not necessarily because she wants you as an individual to thrive (although I’m sure she does), but when you bring your gifts to the world, you make the world a better place.

So, how do you start co-creating with the Universe?

Observe and Collect Your Ideas

You likely receive ideas all the time. But you’re also likely to dismiss them as “pie in the sky,” impractical, or maybe you tell yourself that you don’t have the time, money, skill, etc. Think of these ideas as future outcomes that want to materialize, and they’re asking you to bring them to life. If you don’t take ownership of one, it moves on to someone who will. In Big Magic (a tomb of creative wisdom), Elizabeth Gilbert writes that an idea is not our own. It belongs to the Universe. If we don’t grab hold of it, it simply moves on to someone who will. It’s looking for its steward.

Keep an idea journal. No matter how “out there” it may seem, it came to you for a reason. Don’t dismiss it. Which one do you want to pursue? What idea is keeping you up at night?

Once you’ve identified the idea you’ll pursue, you need to start bringing it to life – like actually do something. That might mean you get up early to start your novel before the kids wake up, enroll in a course to learn a new skill, dust off your resume, or volunteer in an organization that’s calling your name. The important thing is to do something. That shows the Universe that you are taking ownership of the idea she offered you, and you’re moving forward with it.

When co-creating, you must be open to creative inspiration, but you also need to roll up your sleeves and do the work to bring your ideas to life. Remember what Thomas Edison has said: “Genius is one percent inspiration and ninety-nine percent perspiration.”

Allow Yourself to Imagine

In a study, kindergartners were asked to imagine all of the things they could do with a paperclip. The students came up with over 100 different ideas – for a paperclip! Adults, on the other hand, averaged around five ideas. As we get older, we stop imagining.

Imagine and dream big. Consider your idea and play the game “What if.” For example:

Allow yourself to dream big. But don’t just focus on the outcome. Consider how you’ll feel once you’ve realized your goal. What is the feeling you’re hoping to invoke? Is it accomplishment, financial security, freedom, inspiration? Keep this in mind because it’s the feeling that you’re ultimately after and sometimes it is given to us in ways we didn’t expect.

Be Willing to Adapt

Tantra, a tradition that looks to weave one’s spiritual life with the material, suggests that you hold what you desire in one hand, and on the other hand, you hold the knowledge that you might not get it. The Universe could have other things in mind to give you the lessons needed for your growth and evolution. Or the Universe could have something even better than you could have even imagined in store for you. Look for signs and be willing to go in new directions. Remain open and curious. Trust the divine unfolding of events.

“Why does the universe want to support me?” you might ask. Well, it’s not so much that she wants to see you specifically launch a wildly successful t-shirt business (though she might), but it’s because it is in the world’s best interest for you to be doing great, big things. When you pursue your purpose, you make the world a better place. You are not a mere individual but an integral part of a larger, more dynamic whole. The Universe is counting on you to step up and give us what you have to share!

Walk towards your dreams. The Universe will meet and support you, but you need to take the first step. The idea you have is a seed that the Universe gave to you. You need to plant it and water it. Maybe even put a fence around it to keep the predators away. Co-creation is a reciprocal relationship that requires an exchange of energy and the willingness to adapt. When you stay open to ideas, observe the signs, and trust you’ll get what you need, your life becomes infused with serendipitous opportunities, and instead of just living for the weekend, you are living with purpose.

How will you co-create today?

This guest post was authored by Lisa Marie Rankin 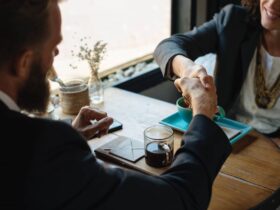 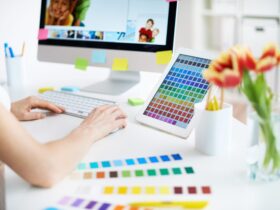 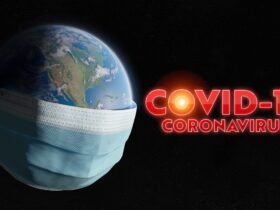 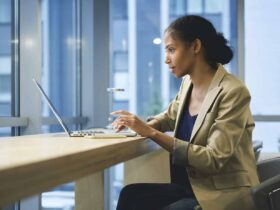