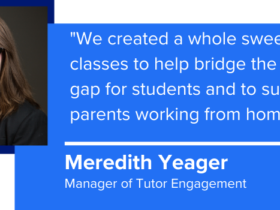 Employee resource groups, or affinity groups, are membership organizations within a company that are dedicated to connecting employees of all seniority levels who have common interests and backgrounds. They’re also a great place to learn about different cultures and participate in engaging discussions.

We asked a few Owens Corning (OC) employees about their experiences, and how OC is helping them stay connected and advance in their careers.

Logan joined Owens Corning full-time shortly after graduating from the University of Toledo with a degree in Finance and Professional Sales. One thing that brought Logan back to the company was the company’s culture.

“It’s a big company with a welcoming and small company feel,” she described. “I believe we have the freedom to explore, learn and develop here.”

The Women’s Inclusion Network at OC has played an important role in Logan’s career so far. As a member of the WIN’s sales board, Logan has been able to strengthen her leadership skills and network with women and other leaders beyond the opportunities she would have in her current role.

“WIN hosts a lot of networking and programming for its members focused on building a personal brand,” she said.

Logan’s role in the company’s Inclusion and Diversity recruiting champions provides the opportunity for her to share her experiences with potential employees, letting them know there’s a place for them where they can bring their whole, authentic selves to work every day.

“The more diverse thinking we have in our organization, the better we will be as teams and a company,” Logan said.

Her advice for students interested in working at Owens Corning is to look at the different ways the company affects the world. “We’re a large company at the forefront of innovation that feels very human and welcoming. It’s been a great place to start my career and plant roots.”

In his tenure at Owens Corning, Lamar Anderson has held a variety of roles and participated in a wide range of affinity groups.

Lamar Anderson is the General Manager of XPS Foam Insulation at Owens Corning, leading a team of nearly 400 people. He graduated from Northwestern University in 2004 with a degree in Chemical Engineering and Economics, and soon joined Owens Corning’s robust rotational development program. A few years into his Owens Corning career, Lamar returned to Northwestern to pursue an MBA in Marketing, Finance, and Strategy.

Throughout his time at the company, Lamar said that Owens Corning has always had a welcoming and collaborative culture. He also noted that, “Inclusion and Diversity have become a core value at Owens Corning. We truly believe that without inclusion you can’t have diversity. People have to feel like they’re part of something to feel included.”

Lamar has been active in multiple affinity groups including the Interfaith Affinity Group, WIN, and the African American Resource Group. Lamar founded the Interfaith Affinity Group to provide a space for people to feel comfortable bringing the spiritual or religious aspects of themselves to work. The group hosts monthly lunch and learns where people can learn about different beliefs in a respectful way.

In his time as leader of the African American Resource group, Lamar and his team worked on bringing impact to Owens Corning through the hiring, retention, and promotion of a diverse workforce. Lamar is also a participant in WIN as an ally for the women at Owens Corning.

“I think being a part of an affinity group helps you connect to people more deeply, and it’s a great opportunity for newer employees to build a network outside of their day to day job,” he said of the value of affinity groups at OC.

After being an intern at Owens Corning in the summer of his junior year in college, Austin Rosalez decided to join Owens Corning full-time.

Austin’s first impression of the company culture was that the employees were welcoming and engaged. He also liked that the company was dedicated to developing employees.

Austin joined Owens Corning full-time in the Finance and Accounting Leadership Rotational program after graduating with a degree in Finance from Miami (OH) University. He did rotations at OC ranging from customer-facing sales to corporate. This has given him a well-rounded view of what the company is all about.

His experience in the WIN group has provided a unique perspective. “It’s informative, and it helps me empathize with my fellow employees,” he said. “I enjoy the different avenues to stay involved and affect change.”

“The company puts a lot of emphasis on where they are today and where they want to be in the future through commitments and action plans,” Austin said. “It will be exciting to see what the future holds.”

His advice for students interested in joining the Owens Corning community is to, “Be curious, ask questions, ask for help and make an effort to get to know people.”
If you’re interested in learning more about Owens Corning and its current opportunities click here. 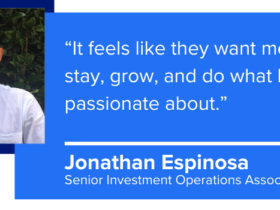 This Investment Management Company Is Making A Difference—Here’s How 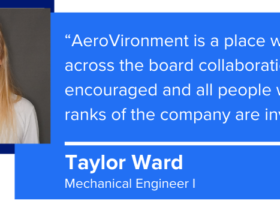 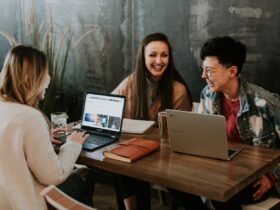 Initiating Change From Within: How Unilever Is Advancing A Culture Of Inclusion And Belonging